In case whoever is reading this wasn’t aware, I have nothing but free time and a platform for communicating any random thoughts that enter my mind. And since we’re on the topic of platforms, I think I’ll start there. Now, contrary to popular belief, I’m not actually that well scholared in technical specs of any computers or video game consoles. However, this does provide me with an advantage. It means that I can speak from the perspective of an everyday person, not some technical PC guru who can build a PC with his eyes closed. This may seem like a pretty basic complaint, but seeing as how I haven’t had any true reliable source of income until now, I’m always left in the dust whenever a new console comes out. Owning and maintaining a gaming computer is way too expensive for me, especially when I can’t even afford a game console. 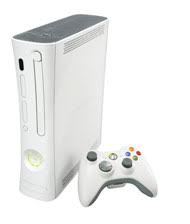 At least I can always afford the best Reno Carpet Cleaning, with their low prices. As a result of this, I always end up purchasing a console during the end of its generation, just when the newest iteration is about to be released or announced. In 2012, I got my first real console, which was an Xbox 360. Only one year later, the Xbox One and PS4 were released, effectively rendering my model obsolete. On top of this, I had no money left because it had all gone towards my game system. Why can’t there be at least 10 years in between console releases, or at least just cheaper upgrades whenever my model becomes obsolete and ineffective?

My next argument is smaller but still needs recognition. This one will address the topic of downloadable content for video games, or DLC as I will refer to it. After I purchase a game, it is extremely unlikely that there is no DLC for it. No matter how big or small, there will always be some form of extra payment that I have to make. Even if developers leave small portions of games out during development, where do they draw the line? Why not just give us one single level of a game for $5 and make the rest of the game DLC?