So my dad and I went to get sushi from Ijji’s last night (2, I believe). We had gone previously with Sheri, but Ty didn’t go with us last time. Her daughter Krista doesn’t like sushi and complains whenever we tae her out to do something. All in all, the food we got this time was much better than last time. Last time we had no idea what we were ordering, but we did the all you can eat option so we just ordered any rolls that sounded good. Everyone’s favorite roll by far was the Lily (or Lilly, they spelled it different on the menu and the order). The two that everyone else like the least, but I didn’t mind, were the crazy tuna and spider rolls. 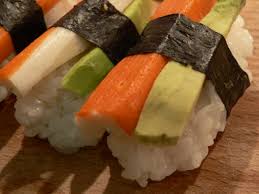 There was one that had cream cheese and jalapeno which nobody really liked, called the lion. There’s only one place in Oregon where I actually really enjoy their sushi, but I mostly only get california rolls. I’d take Steph on a “date” to Ijji’s so we can get sushi, but she dislikes any type of fish so she would probably hate it. Steph and I were recently talking about being roommates in Vegas and starting up our own microbrewery. I looked online for a while, found this really great website that details how to get a las vegas liquor license. The only foods I really hate are beets and quiche. My dad tricked me into eating quiche once because I thought it was some weird scrambled eggs. Never making that mistake again. 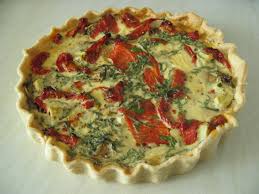 Maybe it was just because it wasn’t restaurant-quality quiche. I’ll never know, because I definitely don’t want to try it again. Sometimes my mom and I get california rolls from the deli at Fred Meyer’s, and they’re not actually half bad. The only issue is that the wasabi just seems to soak into everything. Like no matter where you take your roll from, it will always slightly taste like wasabi. I can’t stand wasabi. Even if you mix it with other stuff. Honestly, I’m actually surprised I ate as much sushi as I did, because I had a huge lunch at Claim Jumper which made me sick to my stomach. Only because I didn’t want to be wasteful.